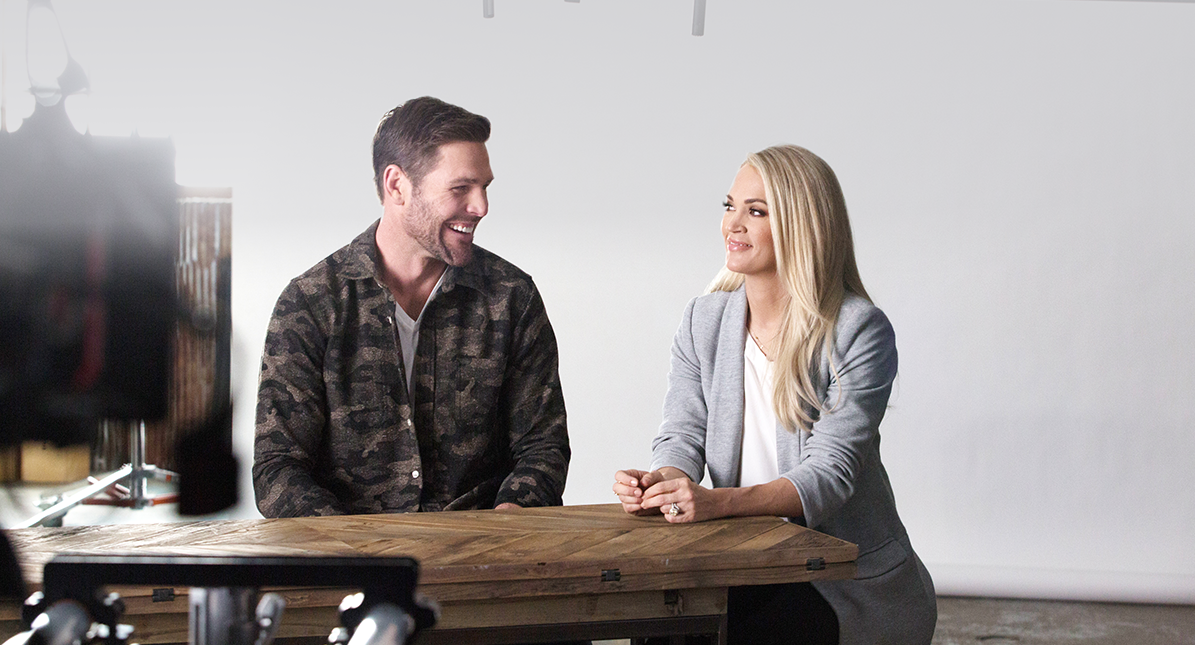 As a non-profit and multimedia movement designed to inspire people, I Am Second approached Nametag Films with a very special project….. capture the unfiltered story of family and faith from the powerhouse couple, Mike Fisher and Carrie Underwood.

Led by Jonah Ingram, Nametag Films needed to develop a concept, direct the conversation, and craft a four-part web series... all from spending just two hours with the couple. Jonah and his team created a cozy setting for his guests, and used an extremely non-intimidating communication style that captured honest, humorous, and unexpected conversations. See the trailer here.

The response has been overwhelming! The God + Country four-part digital series reached more than 1.3 billion viewers and received 1,080 media mentions from outlets including Entertainment Tonight, People, USA Today, MSN, and CMT. The conversation between Mike and Carrie has been described as “immediately relatable, likable, and fascinating to watch together”.