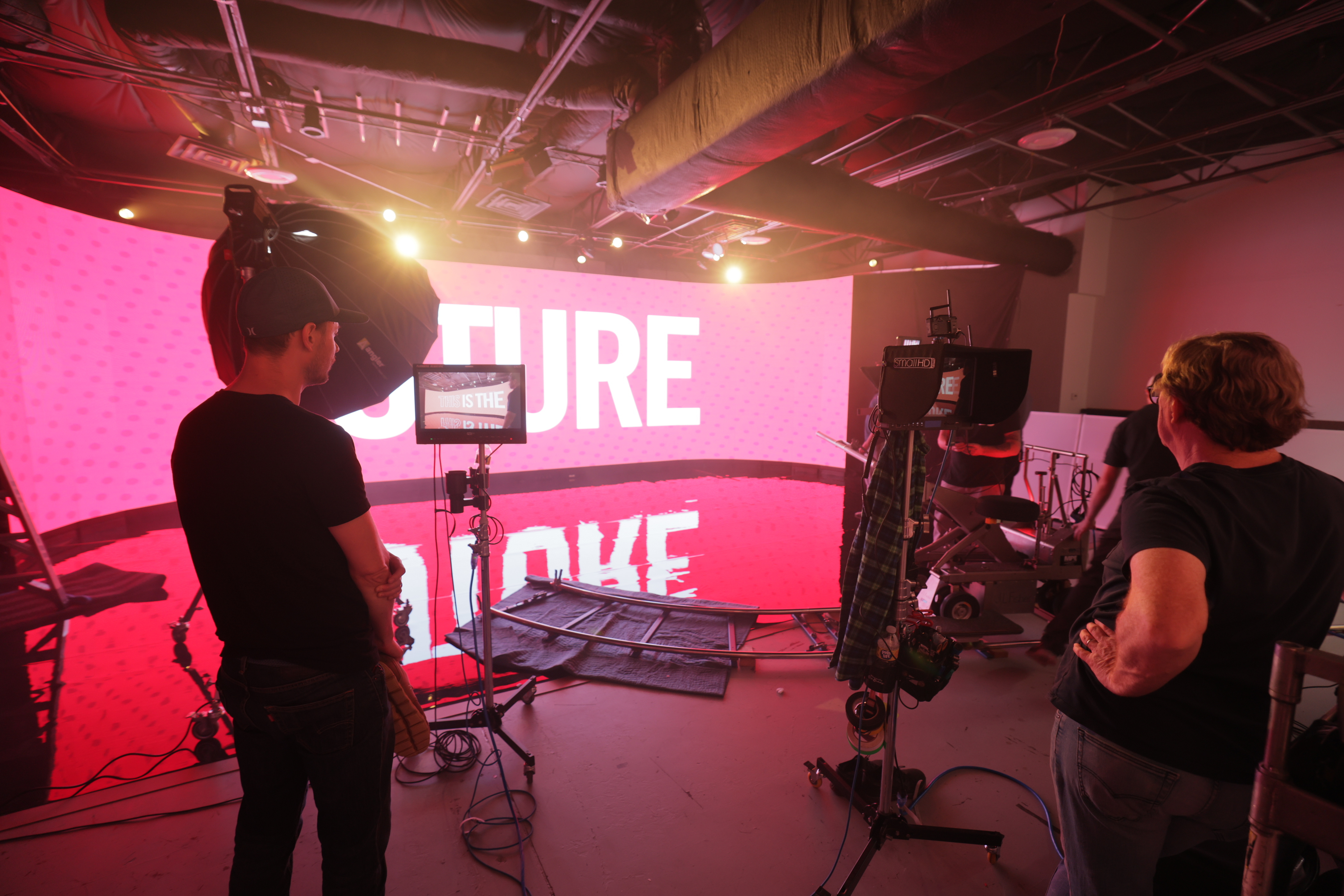 “The future of filmmaking!”

Filmmakers and journalists alike couldn’t say enough about XR technology once it hit the scene. Many of us filmmakers became true believers when we learned of it directly from the genre-bending hit, Disney’s The Mandalorian.

I recall seeing one of my favorite directors, Jon Favreau, first standing on an XR stage as it came to life. And it blew my mind. It seemed inevitable that XR would take us into the next phase of filmmaking.

However, some of us are asking, “Is XR only for Hollywood productions?”

Let’s be realistic.  An advertiser’s budget, timeframe, and crew size doesn’t often match a blockbuster hit.  So, how does XR apply to productions with quick turnarounds, smaller teams and tighter budgets?

If you create content for this side of the planet Earth then, it might require at the very least a focused consideration.

First, how about an XR crash course, for those still learning it. XR, or Extended Reality, is filmmaking which is catching up to an idea gaming has used for years. Utilizing 3D rendering software to project a photorealistic environment, onto large panoramic screens, inside a studio.

The kicker...that environment can move in sync with the camera, using GPS!  So, it’s possible that actors and studio sets can believably appear within any setting—in real time, without the need for compositing and green screen!

At Nametag Films, in Dallas, Texas, we put a real-world test on a sampling of recent projects. Hear our experiences as Directors and Editors of what we faced while using XR — specifically for early entries into the advertising and marketing world.

To meet the challenge of filming five scripts - each with a unique location - within a six hour window - Chris turned to XR.

“It allows us to have all these different environments and in a very real way instantly. We even changed one of our scripts to embody this idea that we can change locations instantly.”

“When you walk in, instantly the lighting is so close already. The cool thing is that the set naturally provides several lighting sources.”

“Front-loaded prep time. In lieu of location scouting, we built a set from scratch and modified it using Unreal Engine. I also filmed several still and motion plates myself. For a one-day shoot, I ended up having a fair amount more of prep than I typically would on a on a normal commercial.”

“We're still in the very early stages of seeing how this technology works its way through cinema and through commercial film production. But you know this is going to be a big thing.”

CON: Visuals can appear dull or flat if not lit properly.

When clients asked us to create a stand-out product, I turned to XR to explore visuals I’ve never seen in those genres.  Chris and I challenged ourselves to conceptualize images that couldn’t be filmed any other way except for XR.

I quickly learned that this tech means selling an illusion… that the tiniest of details can kill.

inconsistent lighting temperature between the real and virtual set

a height imbalance between the camera, subject, and virtual background

Solutions were found by bringing in our director of photography early and often in the digital set design process.  A must-have was to include a pre-light day to block scenes with camera and stand-ins on the XR stage.

Like other forms of new tech, the beginning stages are kinda awkward.  But with continually tinkering with possibilities, XR can bring new life to stories that are sometimes overlooked.

In conclusion, XR technology has its pros and cons for sure. In commercial production and advertising applications it certainly requires some finesse and expertise. It’s undeniable though, it has a fearless and youthful energy about it — and it just might be setting a precedent in our industry. This side of planet Earth and not just in a galaxy far, far away.

Is XR right for your next production? Contact our team at Nametag to discuss your current and upcoming project needs. We love talking about the many benefits of XR! Click Here.